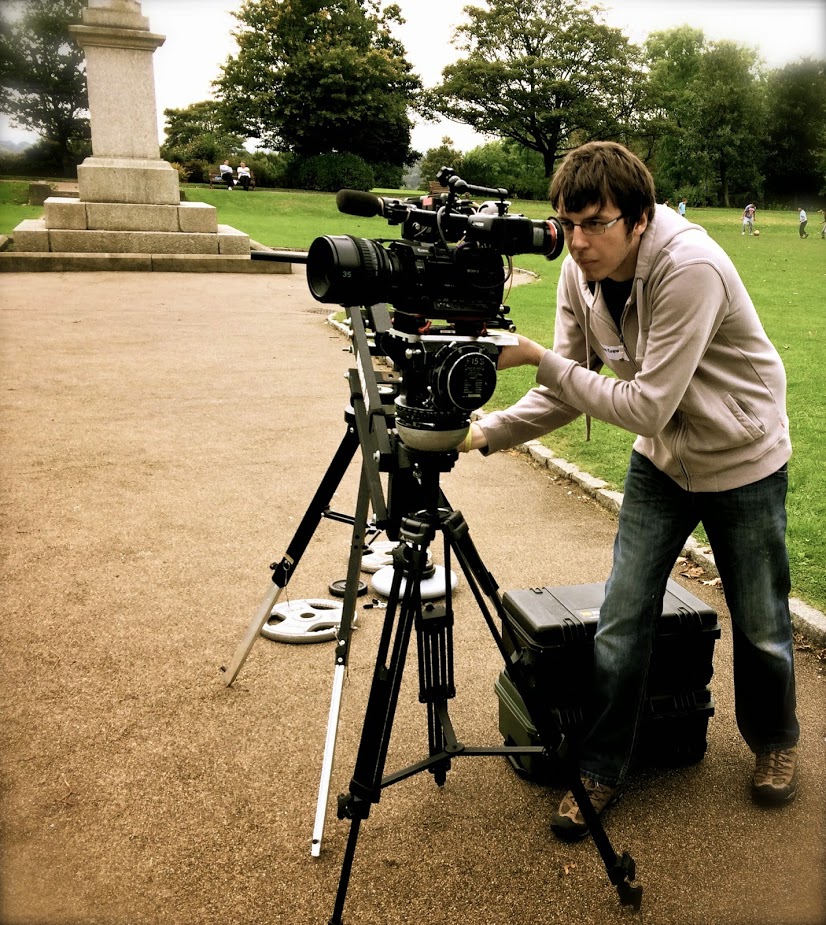 My aim is always, to achieve the highest levels of cinematic creativity possible, whether that is as a writer, filmmaker or general crewmember. My current obsession lies in Transmedia and multiplatform storytelling. This allows me to continuously push the limits of my creative mind, in ways that are both entertaining (and incredibly nerdy) delivering innovative projects that often span multiple devices and platforms.
Video Intro link: (Record Something)

My time at University has taught me key skills in directing, writing and film production including cinematography and editing. However it was with these skills that I was able to expand my knowledge in multi-platform narrative, and use my existing achievements to create Transmedia stories. After all, you have to know the rules and conventions before you can break them.

I have experience working in traditional film and TV, having created several short films and documentaries as part of my course, and working as an assistant on several client projects. These companies include Frozen Moon Productions, Sitcom Soldiers, Unizar Productions, and working with established directors Phillip Shotton and Tristan Burns.

I also had the opportunity to work as a runner/ art assistant on the Kudos produced Drama “Utopia” for a week, which was an invaluable insight into life on set for a major channel 4 drama.

More recently I have been employed by multi-award wining, Transmedia company Bellyfeel, as a Transmedia Writer/ Producer and Researcher and have continued to work on my Transmedia dissertation project “Bolton Storyworld”.

Working at Bellyfeel has also given me experience in client work with GMWDA, acting as a writer/director/editor for several short, campaign films.

And University of Wolverhamption, working as part of a European partnership to produce an interactive learning tool for deaf filmmakers entitled “SignMedia”

1st Class Degree in Media, Writing and Production at the University of Bolton

Simply put, I’m a 23yr old film nerd, comic book and video game geek and all round Transmedia Fanatic…with 1st degree in Media, Writing and Production, which I got from studying at Bolton University.

So, most people, would quote Jurassic Park, 2001: A Space Odyssey or Star Wars as their inspiration for wanting to learn film. Mine is slightly different (although I do love all of those films).

Does this line sound familiar?

I LOVED that film as a kid. Still do.

To me it had the perfect balance of Sci-fi action, Visual and Special effects, and ridiculous (but entertaining) story.

And I NEVER understood how it was done.

How the hell were there spaceships flying around? What do you mean that was a model? It’s HUGE, how was that done? How did they do this? Etc… Hey I was 5yrs old.

Thinking back, maybe I was too young to have watched that film… Lots of people died.

Fast-forward 11 years to me starting collage and getting my first media lesson and I was hooked; finally, I had answers. I even wrote my first media essay/ assignment on Independence Day.

Fast-forward further, through some shockingly bad attempts at making films and finally here we are.

I’m still learning of course, but now I’m finally thinking outside of the box, trying to take the last 18 years of obsession and use it to create something that (hopefully) will have people asking, like me, “How the hell was that done? How did they do this?”

It all starts with an idea; and I’m certainly not short of them.

• Full, Clean UK drivers license and my own car
• Own a GoPro Camera (which I get VERY creative with)
• Edit with Adobe Creative Packages
• Can also edit with Final Cut Studio
• Have experience in a range of cameras including Sony Ex-3, Sony Nx5, plus major Canon and Nikon DSLRs, and more recently the Sony PMW-F3 Cinealta 35mm.